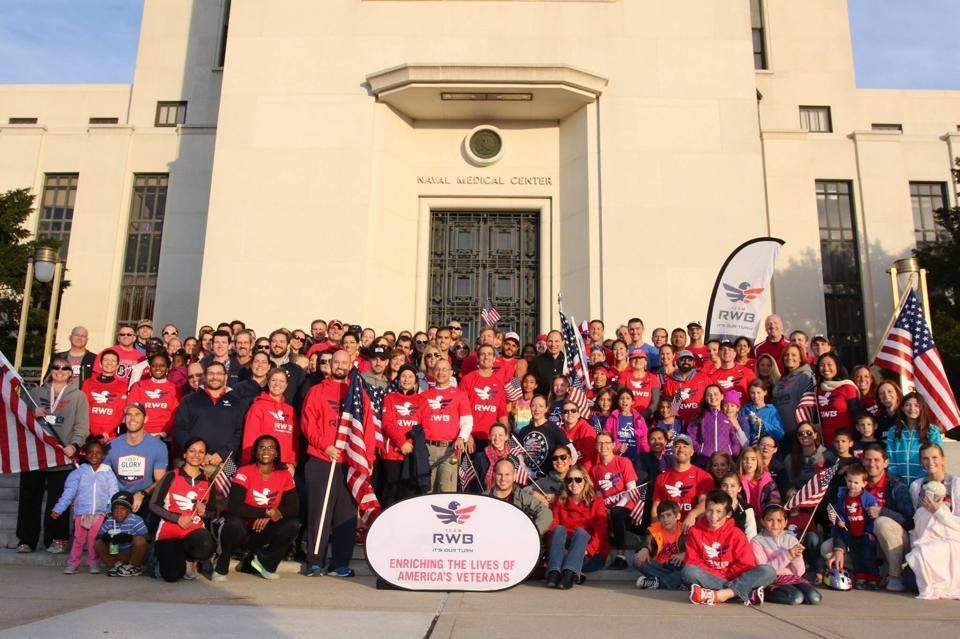 As in our past three years, the 8th annual Team RWB/Rancho Bernardo HS Ruck for veterans included 4 high school football teams.  Team members from Rancho Bernardo, Westview, Mt. Carmel, and Torrey Pines paired up with veterans and community members on a 6-mile hike to fulfill the mission of Team RWB by connecting veterans with their communities. While doing so, participants were also supporting the efforts of Veterans Village of San Diego and North San Diego Veterans Stand Down by collecting donated items from which hygiene kits can be assembled and distributed to homeless veterans and their families.

For the 5th year, Sign Distinction has been proud to sponsor and participate in the organizing the Team RWB/Rancho Bernardo Challenge. The 5th annual Team RWB--Rancho Bernardo Challenge took place on September 24, 2016. In a change from past events, the 12 hour relay is now a 6 mile hike involving members of 3 high school football teams and veterans. The football team at RB hi has led the way in the past, and this year invited teams from Westview and Torrey Pines High Schools. They were charged with two missions—find a veteran or active duty service member to hike with and fill the ruck sack or back pack they are carrying with items from which Veterans Village of San Diego can make hygiene kits to distribute to homeless and needy veterans in our community.

In total, there were close to 500 participants from the three schools, local community members and both active duty and veteran service members. The event was supported by the County of San Diego, the San Diego Half Marathon, Phokus Group and Rancho Bernardo Sunrise Rotary.  Other participating sponsors were Arctic Zero, Kashi foods, Coca Cola, and the USS Midway Museum. 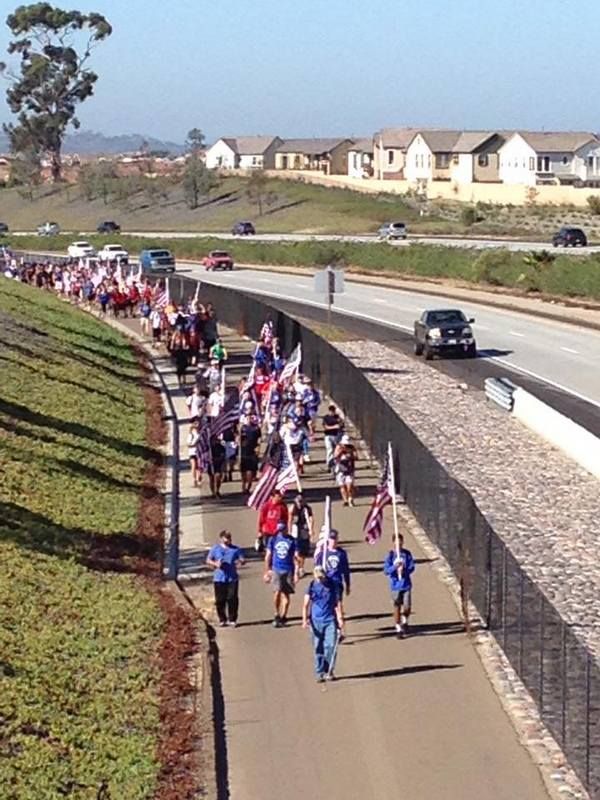 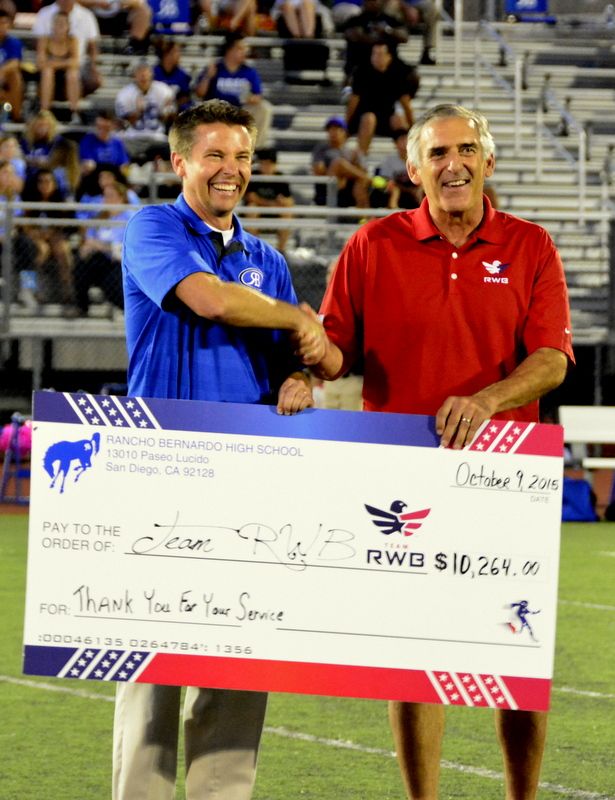 It’s Our Turn—the goal of the event is to raise awareness and provide our students and community with an opportunity to recognize and appreciate the sacrifice made by our military and wounded veterans in particular. Members of our community challenge themselves physically on both an individual and team level by participating in this 12-hour event.

Another Success for Team RWB at Rancho Bernardo HS in 2014!

Thank you Derek Togerson of Channel 39 and Itica Milanes from Channel 10 News for reporting on our event and the arrival of Stephanie Oullette, who came to San Diego to honor her brother--a fallen hero. 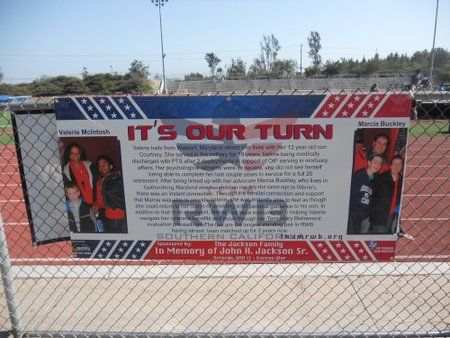 Sponsor banners were available for purchase by businesses or individuals who supported this effort and become Team RWB team members.
The banners depicted a wounded vet and their partnered TRWB advocate. Proceeds were donated to Team RWB. Banner material donated by Hewlett Packard. HP and Sign Distinction Support Our Military.

Team RWB’s motto: It’s Our Turn—the primary goal of the events is to raise awareness and provide the students with an opportunity to recognize and appreciate the sacrifice made by our military and wounded veterans in particular.

The first two events raised close to $20,000 but, more importantly, brought together a community of supporters who were willing to come together and support the participants and Team Red White and Blue 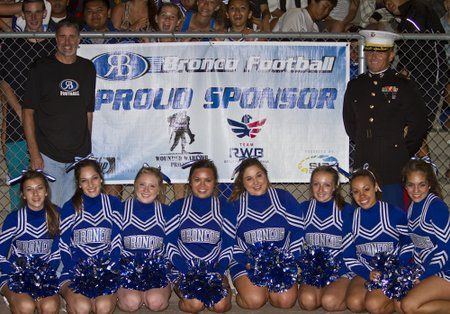 Rancho Bernardo High School has annually supported the military and wounded warriors with their Wounded Warriors fundraising effort during a home football game.